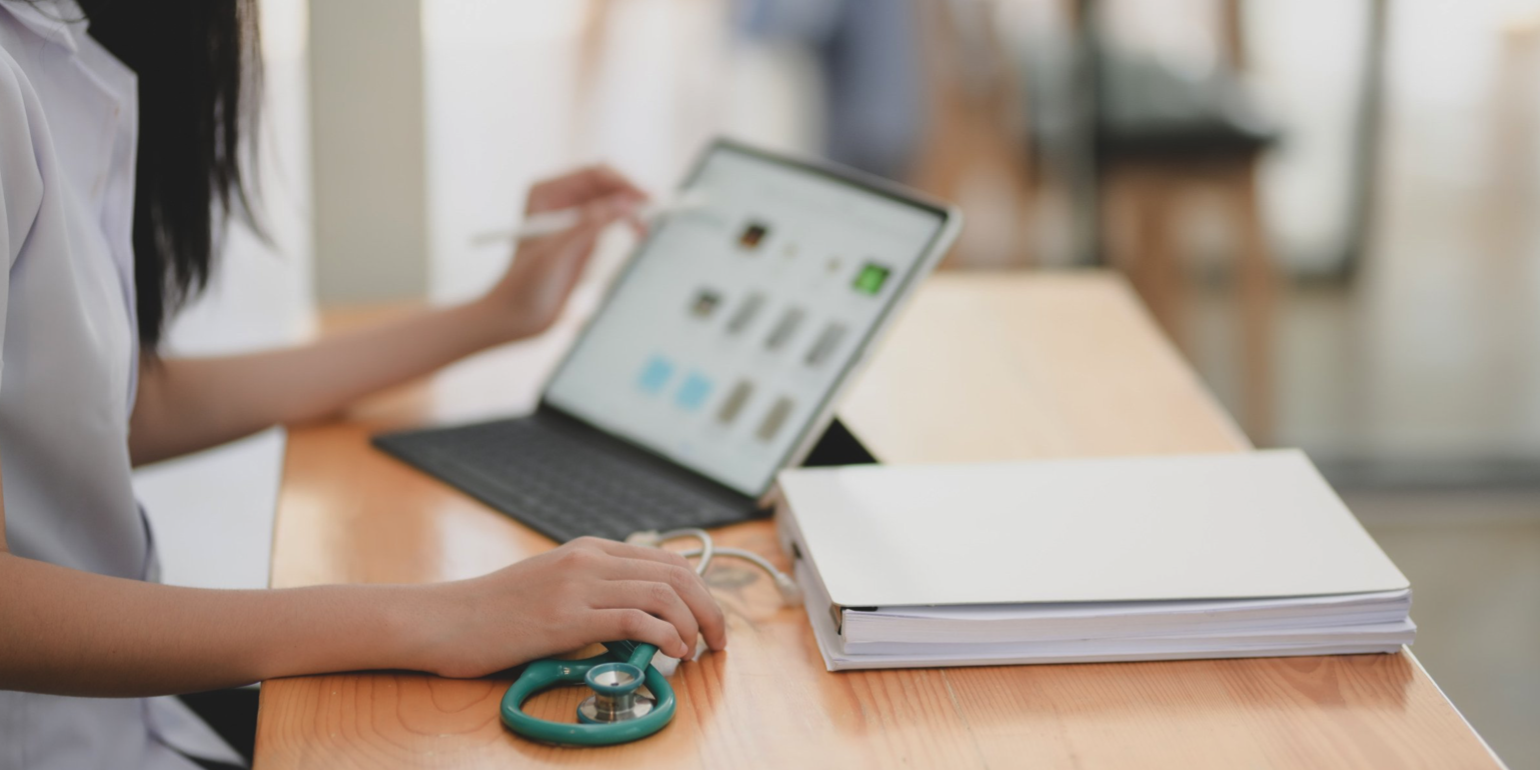 DeepScribe, unlike its predecessors, is not just a “better” tool, it’s an entirely different genre – one that is a proper end-to-end solution that can truly alleviate the burden of documentation altogether. We help you bring the joy of care back to medicine.

In 2009, the Obama administration passed the HITECH Act, which greatly expanded the use of electronic health records, the requirements for medical documentation, and the need for data security in the healthcare. The HITECH Act also included the “Meaningful Use” program, which financially incentivized healthcare providers to adopt EHR systems and use them to provide more in-depth documentation and more detailed billing codes. HITECH and Meaningful Use were designed to benefit providers and patients alike, but the administrative mountain that arose as a direct result of these measures continues to burden care providers in ways most lawmakers likely could have never imagined.

Of the nearly 50 percent of physicians who report feeling burned out, 60 percent cite bureaucratic tasks as the primary contributor. Why? Because the average physician now spends more time documenting encounters and writing notes than they do with patients delivering care. Let's take a look at some of the documentation solutions that are available to care providers looking to decrease the administrative burden.

In the wake of HITECH, in-person scribes were the first solution that providers turned to combat the overwhelming influx of data entry. Medical scribes were a pre-established profession, and could quickly reduce the documentation demands on physicians, allowing them to offload much of their mundane data entry work. In 2010, medical scribes were one of the fastest growing industries in the United States, and a particularly valuable entry point for aspiring medical professionals.

Quickly, though, physicians began to see scribes’ shortcomings. At $2,500-5,000 per month on average, the out-of-pocket cost for physicians became a serious concern and their high turnover rate made them an inefficient option for providers. Additionally, some physicians used trusted scribes to offload some of their more complex EHR tasks, putting them at risk of unintentional malpractice — a phenomenon known as "functional creep."

Eventually, costs and data security risks like “functional creep” began to outweigh the good work in-person medical scribes were doing, and a large portion of the industry was outsourced to virtual scribe companies both domestic and overseas. These virtual scribes operated at lower premiums and became the preferred alternative to in-person scribes. Today, virtual medical scribes offer an increased perception of privacy during patient visits, are flexible, and have a far reduced risk of functional creep.

Yet, virtual scribes can cost up to $50k per year, and their scalability across entire practices is effectively a non-starter. Additionally, risks associated with offshore data transmission and lack of standardized training makes virtual scribes a less viable option for providers.

As the pitfalls of scribes — both virtual and in-person — become more clear, some unique solutions have arisen to help physicians who still face an overbearing workload. Most commonly, dictation tools.

Dictation tools remove medical scribes altogether, but, in its most common application, replace it with a transcriptionist. Traditionally, dictation is the practice of speaking (dictating) the findings from a patient encounter into a recording device, and sending it off to a third party transcription company to be transcribed and turned into a completed note. Physicians who use dictation tools don't have to worry about high costs, the same malpractice risk, or the burden of turnover and training as they do with scribes. Yet still, the technology doesn't effectively address the root of the problem — which is that care providers are facing an insurmountable documentation load. Just like scribes, dictation tools remove the burden of writing or typing notes, simply just to replace it with dictating notes and as a result don’t really alleviate the heavy burden of documentation.

AI technology, and our understanding of it, has developed significantly over the past few years, and some companies today are using elements of it to design products that better address the needs of physicians. These devices operate in similar capacity to other raise-to-wake devices like Apple’s “Siri,” or Amazon’s “Alexa.” This tech works as a more advanced dictation device and allows physicians to dictate their encounters in real time and complete tasks within their EHR using their voice. By leveraging artificial intelligence and speech recognition, these tools can understand a range of verbal commands that help physicians document in their EHR, place orders, and more. They are workflow assistants that allow physicians to speed up certain processes where possible.

The unfortunate reality, though, is that these products are still only dictation tools, and they share the same downfalls as scribes and traditional dictation and transcription services. These advanced devices are still powered almost exclusively by human dictation rather than AI automation, and due to these constraints, the technology itself is limited in how much it can alleviate the documentation load. Physicians are basically given a slightly better tool than the ones that preceded them — one that removes certain manual tasks like typing, only to replace it with similarly tedious tasks like dictating.

DeepScribe, unlike other online transcription or other tools on the market, is a true documentation solution. One that provides an all-encompassing solution to healthcare providers who are feeling the burden of their medical documentation.

DeepScribe is the only fully ambient AI-powered medical scribe on the market. DeepScribe works by listening to the patient visit and automatically extracting the medically relevant information from the natural conversation between the patient and physician. DeepScribe then classifies this information into the primary categories of a standard medical note, then integrates that note directly into the unique fields of your electronic health record system.

The nature of DeepScribe's advanced AI-scribe means you can get back to delivering engaged care, detached from the computer screen or the stress of completing your medical documentation. Simply speak to your patient like normal, and DeepScribe will take care of the rest of your documentation. We even populate ICD billing codes inside your note to help expedite that process for you at the end of the day. Some DeepScribe customers save up to three hours per day on their documentation, what could you do with that time?

Check out our demo video or reach out to us! Note by note, we're bringing the joy of care back to medicine.