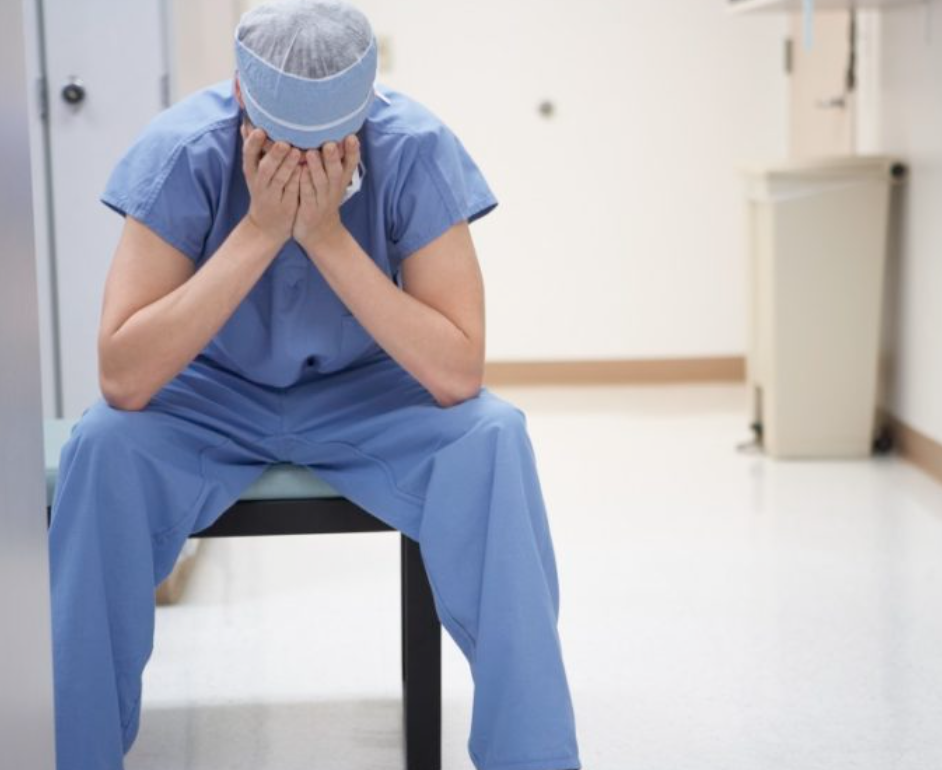 How can we expect doctors to know they have a problem when so much of the lexicon surrounding depression in the medical field aims to trivialize, normalize, or rationalize symptoms? With long-held jokes like “medical schoolism” being used to refer to depressive tendencies in medical school students, and extreme exhaustion, loss of interest in passions, and feelings of isolation and hopelessness, all hallmarks of the profession, many physicians don’t recognize their symptoms until it may be too late.

You may be familiar with the old adage “Physician, heal thy self”, but when was the last time you truly thought about what that meant? As doctors our lives revolve around improving other’s health so it would seem logical that we would hold our own health in similar regard, but this is far from the truth. Doctors experience some of the highest rates of burnout, depression, alcoholism, and suicide of any industry, yet only a small percentage engaged in any sort of mental or physical healthcare. Through this series we will investigate the underlying factors that contribute to these concerning trends, and explore how the future of Artificial Intelligence in medicine could aid physicians not only in patient care, but in caring for themselves as well.

Between innumerable hours spent studying, grueling exams, and the intense competition for coveted residency spots, medical school’s “pressure cooker method” often forces students to choose between success and their own well-being. The system idealizes a superhuman representation of the physician who is willing to sacrifice everything in the name of medicine. Chasing this unattainable goal, young doctors soon become conditioned to bury their emotions and needs, while consistently pushing themselves beyond their limits to prove their worth and serve others. While this is currently the accepted standard for medical students, the normalization of unsustainable behaviors leads to serious issues down the road.

Lindsey McDaniel, a medical student at the University of Kansas, writes “So I started to wonder, is depression just part of life as a medical student?...I had an attending giving a lecture on depression ask my class to think of how many people we knew with the signs of depression listed on his lecture slide, “not including medical students, because you’ve all got some of these”.

At first glance this might seem harmless, a professor laughing with his students over a shared experience, but in reality interactions like these downplay the legitimacy and  seriousness of depression in the medical community. Only 4% of doctors reported being depressed at one point in their career, yet multiple surveys show that anywhere between 17-30% of doctors experience symptoms of depression. Many feel that this misalignment stems from physicians not reporting depression due to the stigma surrounding mental health in the medical community, but we believe this is not the only factor at play.

How can we expect doctors to know they have a problem when so much of the lexicon surrounding depression in the medical field aims to trivialize, normalize, or rationalize symptoms? With long-held jokes like “medical schoolism” being used to refer to depressive tendencies in medical school students, and extreme exhaustion, loss of interest in passions, and feelings of isolation and hopelessness, all hallmarks of the profession, many physicians don’t recognize their symptoms until it may be too late. Ronan Kavanagh writes, “The strange thing is, that despite my medical training, I didn’t recognize the symptoms... I had no idea I was depressed at the time. Like many people, I had no clear sense of my mood on a day to day basis. Like most other doctors I just kept on going”.

Burnout and depression in medicine have recently become more commonly discussed topics, but this has done little to bring about real change. Artificial Intelligence has been proven highly effective at diagnosing depression, amongst other mental health diseases, through voice. MIT researchers detail a neural-network model that can be unleashed on raw text and audio data from interviews to discover speech patterns indicative of depression. Given a new subject, it can accurately predict if the individual is depressed, without needing any other information about the questions and answers.

While the majority of coverage surrounding these developments focuses on the potential for patient care, just think of what this could mean for the many doctors who unknowingly suffer from depression. We already know that one day not too far in the future AI scribes will become a staple in every exam room, listening to the doctor-patient conversation and making diagnoses through voice, but this should not be limited to just our patients. Every single day we lose a doctor to suicide. Every year 1 in 50 of us will quit due to burnout. It’s clear that those who devote every day to helping others need some help themselves. When it comes to our mental health the current system has failed us. There is no question that much larger changes are needed, but we are hopeful that AI Scribes will not only help individual doctors recognize their symptoms, but also draw attention to the greater issue at hand.

The Cost of Medical Transcription Services

Primary Care and Telehealth Trends after the Pandemic

The Cost of Medical Transcription Services

Primary Care and Telehealth Trends after the Pandemic