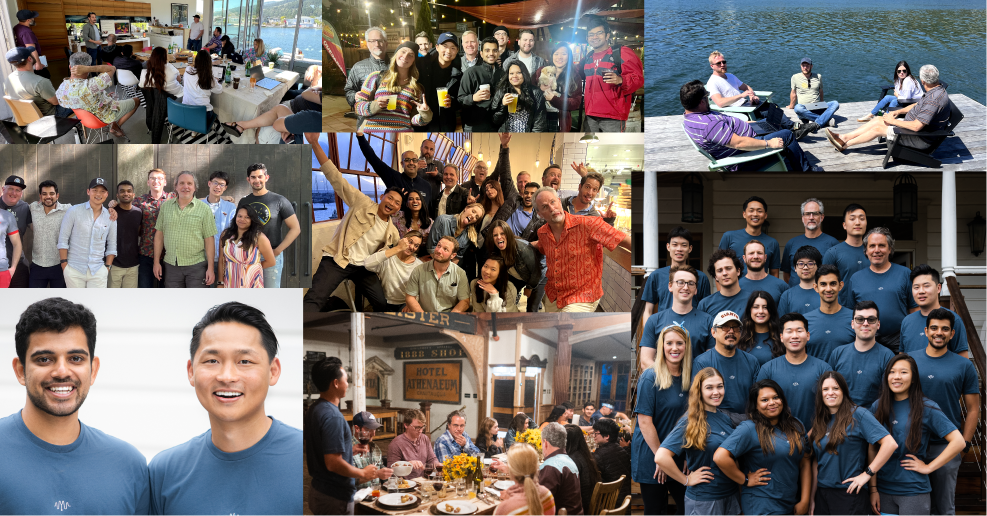 When urged to reflect on the impact that DeepScribe has on clinicians around the country, cofounders Akilesh Bapu and Matthew Ko allow themselves to peek out of the metaphorical basement for just a moment. They are resolute in what they see. “If you look at the individual joy we bring people,” Ko says. “that’s what this year was about. Because for people like that, the job is finished.”

In November 2021, DeepScribe announced a $30 million Series A funding round led by Index Ventures. At the time, many outsiders weren’t surprised by a vote of confidence from investors. Leveraging technology to automate medical documentation is something that clinicians have been begging for since the advent of electronic health record systems. But for DeepScribe co-founders Akilesh Bapu and Matthew Ko, as well as the small team of 29 employees, securing Series A meant far more than the dollars in the bank account. It was a stamp of approval that DeepScribe’s approach to automating documentation through AI and NLP was viable in a rapidly evolving market. It was an external validation that the DeepScribe mission could blossom beyond the windowless confines of the dank UC Berkeley basement where it first sprouted.

Bapu and Ko popped champagne, reflecting on the journey that led them to that moment. But expectations and pressure quickly displaced momentary relief and satisfaction — pressure that all young founders feel during these monumental inflection points.

“Suddenly,” Ko recalls, “[DeepScribe] was ours to mess up.”

He’s right. There are countless ways to spend $30 million, so doing that in thoughtful, sustainable, and effective ways is a tall order for young founders. Adding to the pressure, Bapu and Ko were certain of one thing: funding was just the beginning; now, DeepScribe needed authentic clinician buy-in at scale to ultimately validate their work. Returning to the basement, the duo inked DeepScribe’s 2022 goals, only this time, the outside world was peering in.

Bapu and Ko landed on two key objectives for the year: Build a talented team of professionals and increase note quality — at scale.

DeepScribe spent the first few months of ‘22 recruiting talent at a rapid pace. Bapu and Ko welcomed former founders and leaders as well as industry experts from companies like Waymo, Scale AI, and Google, as the team of nearly 30 jumped to 50, then 70, and now sits comfortably around 100 full-time employees. “It is passion backed by energy,” Bapu says when asked about the uniqueness of the DeepScribe team. “The people at DeepScribe want to solve this problem and they want to have a meaningful impact. And those are powerful ingredients in the recipe for success.”

Together, new playbooks were written, processes re-imagined, systems made more reliable, and clearer data scrutinized more carefully. All this was happening while endeavoring toward cross-functional alignment which was now more important than ever.

Were there growing pains? Absolutely. “I’m not parading out there like we got everything right,” Ko says. “But out of everything we did this year, I’m most proud of the individual contributors and the leadership team that we’ve been able to attract and build as a business.” Better poised to tackle the remaining goal for 2022: Improve note quality at scale.

To do this, the team needed to totally understand the relationship between quality and efficiency measures. Due to the natural inverse correlation between “note quality” and “note efficiency,” technical nuance must be exploited to improve on both, simultaneously. Bapu and Ko understand every aspect of this challenge: “Quality trumps everything,” Ko says. “And to scale, you need to improve efficiency while keeping quality constant. The only way to do that is through technology.”

Leaning on its new team, DeepScribe redesigned the Quality Assurance processes used to audit notes and help train the AI, and hone its framework for a machine learning assembly line that maximizes AI gains without stressing the QA team — laying the groundwork for a documentation solution that is infinitely scalable. “For the last decade or so,” Bapu says, “the lack of [an ML assembly line] was preventing anyone from solving the documentation problem holistically. But now that we have this complex system, everything can be solved with limited innovation. It’s exciting.”

Simultaneously, improvements to DeepScribe’s proprietary iOS app are making it easier for DeepScribe to monitor quality and run difference analysis, while also making it easier for clinicians to accurately capture patient encounters — all factors that contribute significantly to quality and efficiency metrics. Combined with increased operational transparency and internal cohesiveness, advancements in 2022 — both technologically and operationally — have led to monumental improvement in quality measures all while keeping efficiency constant, just like Bapu and Ko hoped.

In the rearview mirror, 2022 can feel like a huge success: build a talented team of professionals committed to the mission? Check. Increase note quality at scale? Check.

But what does that success mean in the context of DeepScribe’s through-line? Are clinicians actually experiencing the fruits of this labor? Bapu and Ko know it’s that singular, daily question that always takes center stage. It’s the only question that matters. And as they face it, critically and reflectively, a series of September interviews conducted in Rockville, Maryland with a handful of DeepScribe clinicians provides a small, clear window into the future.

Kharia Holmes, a lively and eloquent family medicine doctor, is one of those voices who echoes some common themes of DeepScribe users. She shares how DeepScribe allows her to spend more time with her young son, regain autonomy over her workday, and connect more deeply with patients. Overall, better “life-work balance,” as she calls it. Toward the end of the interview, when asked to summarize the impact into a single sentence, Dr. Holmes becomes quiet and suddenly emotional as she searches for the right words. Redirecting her gaze toward the interviewer, she is succinct and clear:

“I would say simply, it makes me the doctor that I always dreamed that I would be.”

The room falls quiet as interviewers, producers, and DeepScribe staff phoning in from the West Coast let the weight of Dr. Holmes' simple statement sink in.

They are a tangible testament of clinician buy-in. An ode to 2022 — an ode to DeepScribe.

Bapu and Ko admit that the responsibility they feel to accomplish the ultimate goal can prevent them from properly reflecting on moments like this. They know from experience that when they give space for relief and pride, the pressure will be there lurking, quick to fill that space. The job is never finished.

Yet, when urged to again consider the weight of Dr. Holmes words, they allow themselves to peek out of the basement for a moment. Ko is resolute in what he sees. “If you look at the individual joy we bring people,” he says, “that’s what this year was about. Because for people like that, the job is finished.”

Ko’s tone here is new. It’s obvious he realizes the importance of these moments and this reflection — even if it's uncomfortable. Even if the ultimate job is not finished.

Is Medical Transcription Still in Demand?

Is Medical Transcription Still in Demand?