Why Traditional Dictation Software For Medical Professionals Misses The Mark 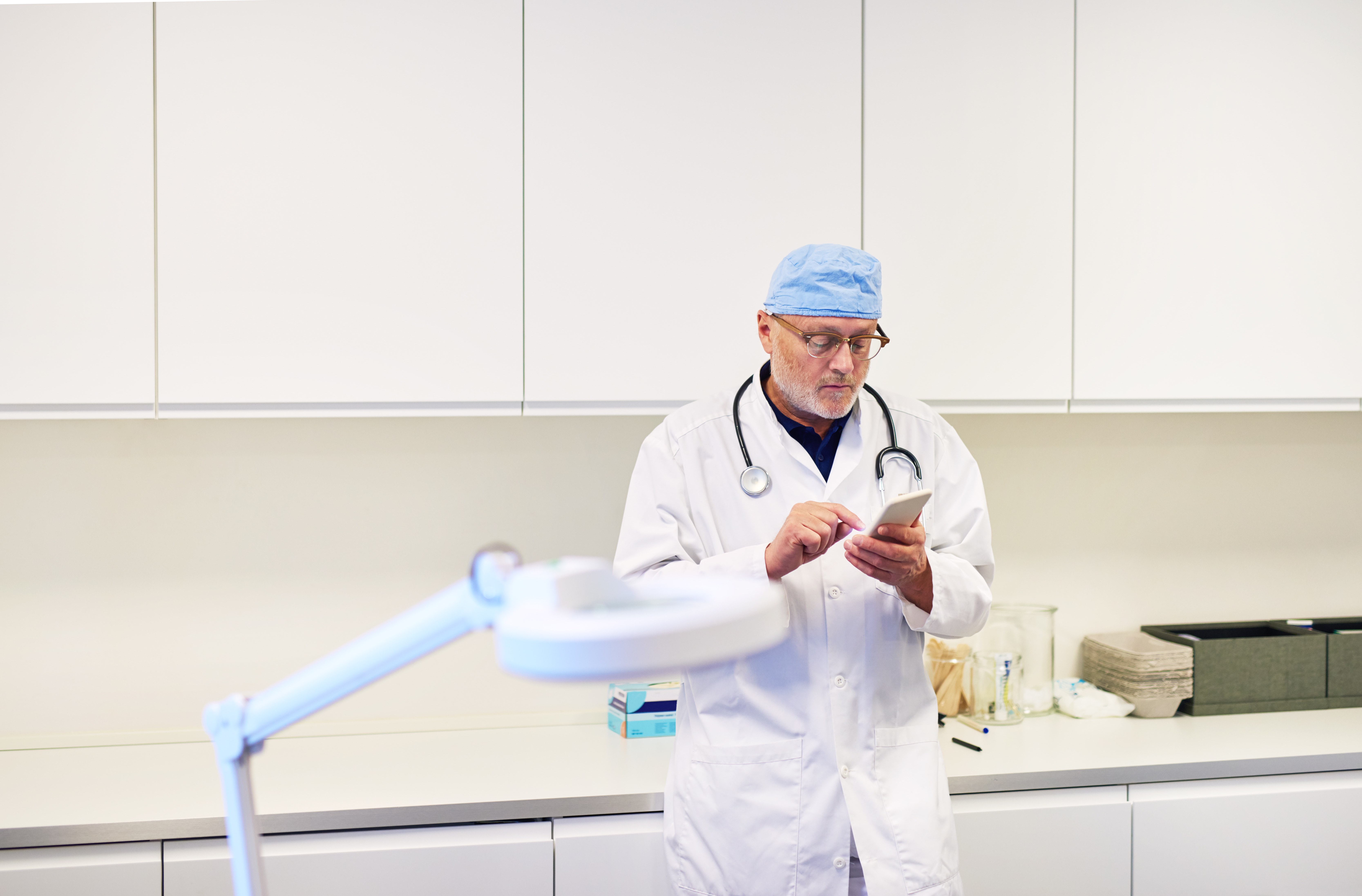 Rather than completely solving for the inefficiencies of medical documentation, dictation software replaces one administrative task (typing notes) with another (editing & summarizing dictation). While this may save some clinicians a bit of time, many still find themselves making the choice between efficiency and patient care. Here’s why.

Despite vast organizational differences, private practices and large hospital systems alike share in the same persistent challenge that has plagued healthcare for decades: the administrative burden on physicians. Since the dawn of the EHR, the demand for medical documentation has grown exponentially – and since the number of hours in a work day have not doubled and tripled along with it, there is no way for doctors to keep up. As it stands today, the healthcare system is set up for doctors to burnout by mid-career.‍ Thankfully, dictation software for medical professionals has risen to the occasion, providing clinicians a tool for managing medical documentation.

Dictation software has brought about a number of improvements to the medical documentation process. Rather than typing away at a computer, doctors can interact face-to-face with patients – which we know to be critical for building trust and rapport. Additionally, the act of dictating rather than typing notes can save a chunk of time: for many clinicians, it’s much easier to dictate thoughts and make edits later than to summarize encounters and produce succinct notes all at once.

Overall, however, dictation software misses the mark for medical professionals. Rather than completely solving for the inefficiencies of medical documentation, dictation software replaces one administrative task (typing notes) with another (editing & summarizing dictation). While this may save some clinicians a bit of time, many still find themselves making the choice between efficiency and patient care. Here’s why:

The most time efficient workflow for using dictation software is to dictate notes during patient appointments. This is comparable to taking notes during an appointment, but with the added bonus of increased face-to-face interactions with patients.

The challenge with in-appointment dictation is that it impedes the natural flow of conversation. Because it is necessary to capture specific information in the appropriate format, dictation software frequently requires users to pause and repeat information gleaned from the conversation. Patient visits conducted in this fashion can feel impersonal and be detrimental to patient-physician relationships, and leave patients feeling unheard or unimportant.

To mitigate interruptions to patient interactions, many providers opt to complete dictation immediately following an appointment. This is a logical workflow if a provider can truly build this time into their schedules, but often that time conflicts with preparation or promptness for the next appointment.

Repeated tardiness snowballs throughout the days and weeks, until ultimately providers may be forced to cut down on patient volume or suffer the business consequences of dissatisfied patients.

It should also be noted that beyond the consequences to patients, using dictation software and its accompanying workflows can be harmful to physicians as well. Dictation software for medical professionals, despite its intentions, often creates more draining work for providers who already work in a field that can be mentally and emotionally draining on its own. Dictating notes between sessions doesn’t give providers time to regroup and pause throughout the workday, instead, it forces them to rush from appointment to appointment without a chance to come up for air. This process is tiring, and can force providers into a constant state of stress and fatigue — the building blocks of physician burnout.

The third most common workflow for dictation software has its own unique set of drawbacks. To give patients their full time and attention, many doctors will leave all of their dictation for the final hours of the day following a full schedule of patient visits. While this almost always elongates their work day, it does allow them to spend the day focusing more intently on patient care.

The challenge with dictating the majority of your notes at the end of the day, however, is that it forces physicians to recall all the small details of each patient encounter they consumed throughout the day. This method often leads to inaccurate or incomplete documentation.

This is because task completion, such as recalling the information needed to fill out patient charts, relies on the successful transfer of sensory information from working to long-term memory. And working memory has a cognitive load — or threshold of information — that can be stored at a given time before it is impressed upon the neural networks of long-term memory. After a full day of seeing patients, clinicians have likely exceeded this threshold, entering into a state of cognitive overload in which key details and information may be lost from memory for good.

Fortunately, dictation software is not the only technology that can help lighten the administrative burden on medical professionals. In fact, a smarter and more automated alternative exists that allows you to completely offload the task of note-taking and instead focus on patient care. That solution is AI medical scribe software.

DeepScribe’s AI-powered medical scribe uses Natural Language Processing (NLP) to listen into the patient physician conversation and record only the medically relevant information – parsing out small talk and filler words. It then automatically matches the given diagnosis with the appropriate ICD-10 codes and pulls all of this information into the corresponding fields of your EHR.

That means that you no longer need to make the lose-lose choice between time efficiency or quality patient care. With DeepScribe, you can choose both.

Recommended Reading: Medical Scribe Software Gives Physicians Hours Back In Their Day – Here’s How They Are Spending It

Why Traditional Dictation Software For Medical Professionals Misses The Mark