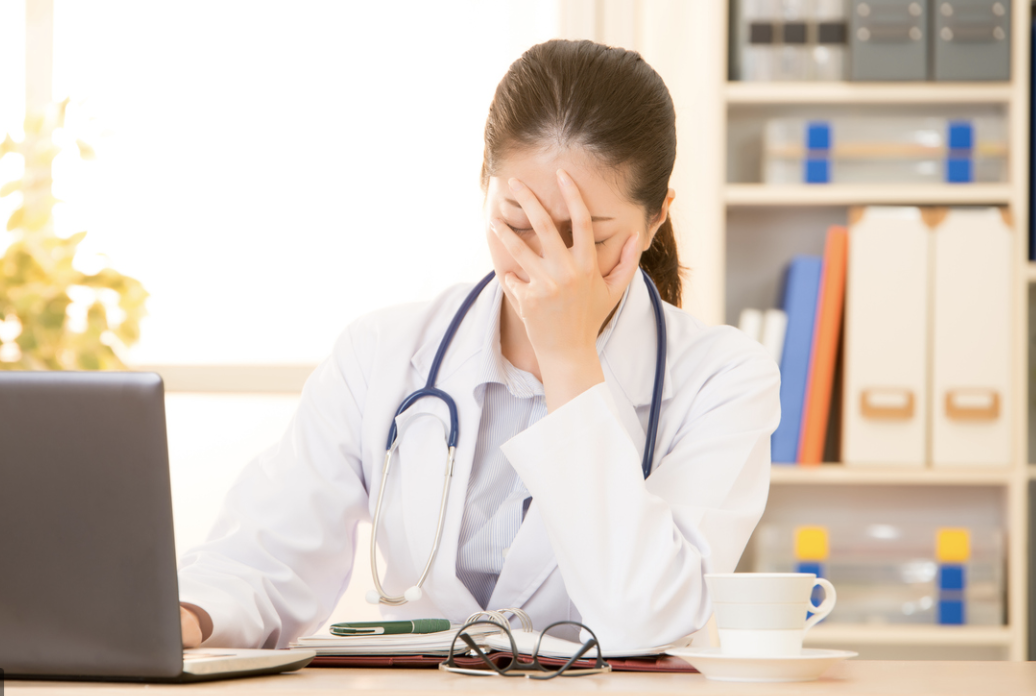 Transactional or process errors lead to more malpractice cases than medical errors. Erroneous information can easily be added and then inadvertently perpetuated within the patient file, for example, potentially planting the seeds of a lawsuit down the road.

In the late ‘90s the medical community witnessed the rise of electronic health record (EHR) software. The purpose of this new system was to improve the efficiency and accuracy of patient record keeping, while meeting compliance and billing requirements. Unfortunately, rather than simplifying, many healthcare providers feel that modern

EHRs have added needless obstacles and complication to their daily practice, forcing them to spend a third of their time on administrative tasks which largely do not improve patient care.

In the first two installments of our medical malpractice series we discussed the negative impact of current documentation standards on doctor-patient relationships and the associated legal risks. In our third and final issue we will cover how the over-complication of the EHR system and its inherent risk of user-error has changed the risk landscape leaving providers at heightened risk of malpractice claims.

Clear and accurate notes are essential to providing excellent patient care, but problems arise when the documentation system’s top priority appears to be bureaucratic documentation rather than improving patient health outcomes. Studies show that the ratio of hours spent with a patient to hours spent on documentation 1:2. This burden, combined with the mounting pressure to see more patients, has resulted in doctors employing shortcuts in an attempt to increase their efficiency and salvage what little personal time they have left.

Rabia Jalal, MD, a clinical documentation researcher, describes a situation in which an elderly woman’s record indicated she was 8 months pregnant despite early records clearly stating she had long been menopausal. It was discovered that in his haste, the woman's doctor had accidentally copied and pasted a portion of another patient’s record into the elderly woman’s. In this case the error was caught early, but when documentation errors go unnoticed there can be serious consequences. As Diane C. Fernald, RN, JD, vice president of education and consulting services at Med-IQ, states  “transactional or process errors lead to more malpractice cases than medical errors. Erroneous information can easily be added and then inadvertently perpetuated within the patient file, for example, potentially planting the seeds of a lawsuit down the road.”

Equally as costly, abbreviated, unclear, or incomplete documentation can lead to a nightmare of a malpractice suit. According to Lockton Health Professional Liability Insurance, “documenting your care in the medical record is a crucial factor in winning a lawsuit. When you don't have any documentation and the suit becomes a he-said/she-said dispute between you and the plaintiff, juries are likely to side with the patient.” Of course it goes without saying that not having any documentation is problematic, but more commonly seen issues related to the content that was written in the notes. When pressed for time, using shorthand notations and abbreviations can be appealing, but a recent US study of 30,000 medication errors, showed 5% were linked to abbreviations in notes. For example, "TOF" could be interpreted as "tetralogy of fallot" or "tracheo-oesophageal fistula" — two completely different conditions.

Another common mistake are notes that stray away from objectivity. While it may be tempting to label a particularly difficult patient as an obnoxious sloppy drunk, keep in mind that if your treatment was ever challenged a note reading “Patient is combative; ethanol-like odor noted” will hold up much better in court. Lastly, decrease the risk of ambiguity by always including a discussion of why a particular decision was made. Defence lawyers Patrick T. O’Rourke and Kari M. Hershey note, “Including information about why you selected a particular course of treatment—in light of the available data—makes the record more understandable to the jury.” Remember, a good chart covers not only diagnosis and treatment but also why you chose that specific course of action.

Rene Datta perfectly sums up the necessity of clear, detailed, and accurate documentation by joking “SOAP is what has been keeping us clean and smelling good.” Practicing medicine is messy enough without having to worry that one false click or errant abbreviation could land you in a legal disaster. For notes so squeaky-clean they’d be allowed in the operating room, give an AI Scribe a try!