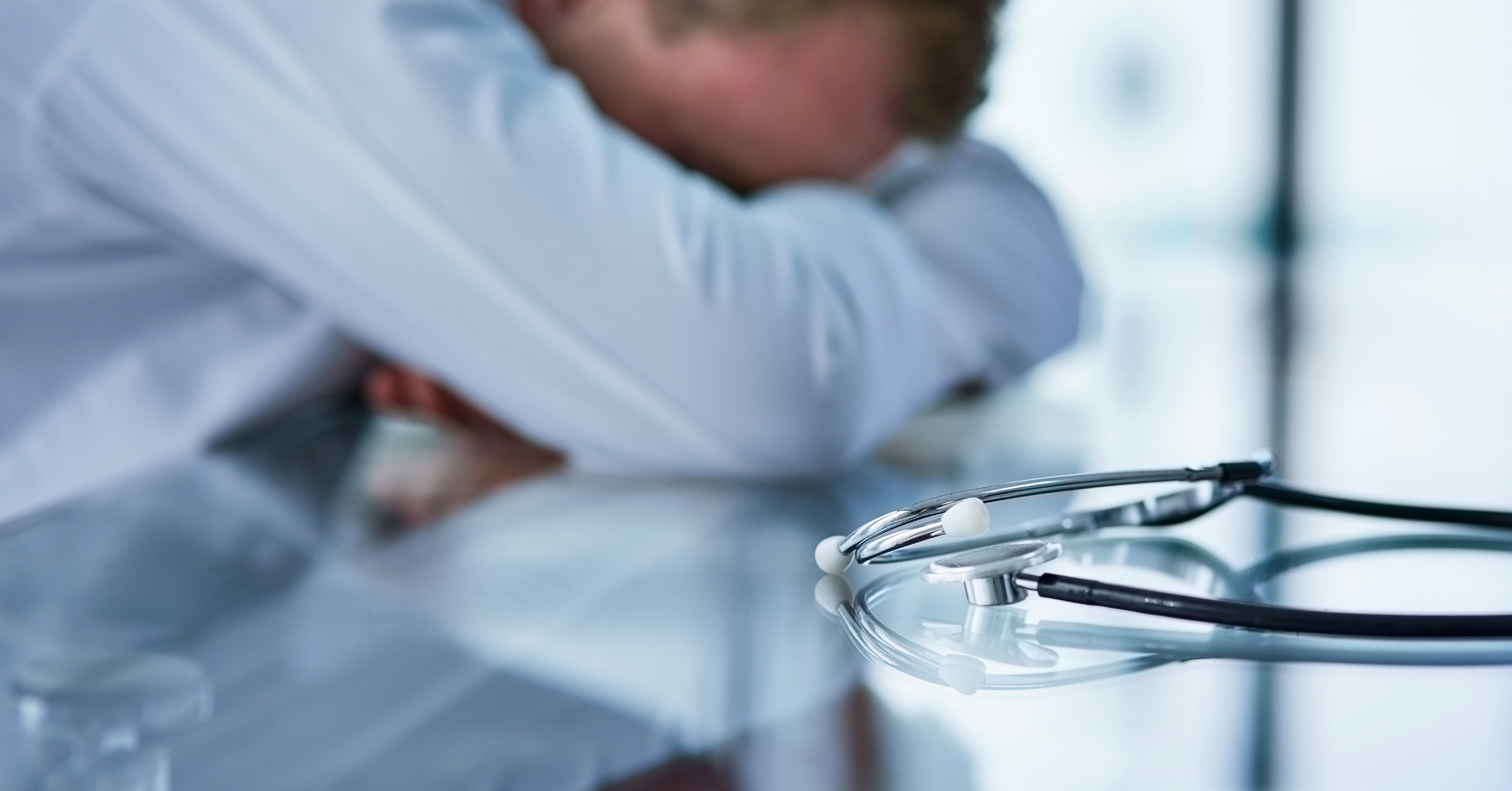 The result of government regulation and EHRs is a mountain of medical documentation that is effectively insurmountable, one that burdens physicians daily and has become the number one contributor to burnout, depression, and suicide amongst care providers across the United States.

Ever since the introduction and proliferation of the electronic health record system in 2010, physicians have been struggling to keep up with their documentation, billing and coding, charting, and overall paperwork. These bureaucratic tasks have slowly turned the day of an average physician into one that more closely resembles that of a data clerk or medical scribe than it does a traditional physician. The result, unsurprisingly, is a mountain of documentation that is effectively insurmountable, one that burdens physicians daily and has become the number one contributor to burnout, depression, and suicide amongst care providers across the United States.

Medscape’s annual Physician Burnout & Depression report is something many people in healthcare use to gauge how well the industry is doing in combating the threats that face our physicians. In 2022, Medscape surveyed more than 13,000 physicians across 29 different specialties, gathering information about how physicians are faring in the age of the EHR and in a healthcare setting that has been hijacked by the COVID-19 pandemic.

This evidence-based report, when compared to last year’s findings, is void of nearly anything positive. Let’s look at how our physicians are doing in 2022 as compared to past reports.

The Primary Contributor to Physician Burnout is Bureaucratic Tasks

In the 2020 report, 55% of physicians reported that bureaucratic tasks like charting and documentation were the number one contributor to their burnout. In 2021, that figure jumped to 58%, and in 2022 it sits at 60% — a 5% overall increase in just two years. When separated by sex, 41% of male physicians and 56% female physicians reported feeling burned out, a 5% increase for both from 2021.

Impact of Physician Burnout and Depression

When asked to measure how that burnout manifests itself, 68% report that their burnout negatively impacts their relationships, and 54% said it has a “strong and severe impact on their lives,” up from 47% in 2021.

That impact can also be measured in the prevalence of depression amongst physicians. In 2021, 20% of physicians reported having clinical depression, but in 2022, that number jumped to 24%. Additionally, 64% of respondents reported feeling colloquially depressed, categorized as occasional bouts of extreme sadness or loneliness, but not to the point of receiving a clinical diagnosis.

Of those that report being depressed, either colloquially or clinically, both male and female physicians report that their job is the number one contributor to their depression, rather than other popular sources of depression like finances, relationships, or health.

Burnout and Depression and its Affect on Patient Encounters

The potential health consequences of patient notes that are shoddy and insufficient can pose a significant risk to physicians. Recent studies state that when medical documentation is found to be insufficient or inadequate, the likelihood of a malpractice case closing in an indemnity payment increases by 76%. And of all diagnosis-related claims made by patients against their care team, 70% are due to complications from a lack of proper medical documentation.

In other words, it’s more than understandable that physicians are feeling burned out due to their medical documentation load and all of the clerical work associated with clinical care. But, their alternatives are equally risky, as any mis-diagnosis or under-documentation can result in a malpractice suit or even loss of license. They effectively have no way to reduce burnout unless they explore third party documentation solutions.

Of the more than 13,000 physicians who responded to Medscapes 2022 survey, only 11% said that they have used a third party service to try to reduce their burnout. A meager number for a position that is in such dire need of assistance.

Unfortunately for these providers, however, traditional documentation solutions aimed at reducing burnout aren’t as effective as they once were. Before the days of comprehensive documentation and EHRs, medical note taking and documentation could be significantly offset by a medical scribe. Now, more traditional options like scribes and transcriptionists pose their own unique risks and uncertainty — specifically relating to training, oversight, costs, and “functional creep.”

Physicians today need more advanced solutions, ones that are able to truly offset some of their documentation burden while also being cost-effective, HIPAA compliant, functional, easy to use, and non-invasive.

At DeepScribe, we’ve taken a calculated approach to help automate the bureaucratic tasks that, year after year, plague physicians and contribute significantly to their burnout, depression, and even suicide. We understand that physicians are most valuable when they’re engaged in face-to-face patient care, not stuck behind the screen of their computer writing notes into their EHR.

That’s why we’ve developed an AI medical scribe technology that automates note taking and billing for physicians. With DeepScribe, all physicians need to do is record their natural conversation with a patient from their phone while DeepScribe listens in. After finishing your encounter, DeepScribe extracts the medical information from the natural conversation, summarizes it, and writes a complete medical note. That note is then pushed directly into a provider's EHR, so all they need to do is log back in later, review the note, and then sign off.

Physicians who switch to DeepScribe can save up to 3 hours per day on their documentation, reclaim autonomy over their workday, reduce burnout, and re-engage in patient care.

Unlike traditional medical scribes or transcriptionists, DeepScribe takes a new approach. One that leverages technology to complete documentation faster, more accurately, more efficiently, and more affordably, all in a way that is non-intrusive to the provider-patient relationship.

We believe that it’s time to reverse the trends we see in Medscape’s report year after year. We are on a mission to bring the joy of care back to medicine, one provider at a time. See it in action or reach out to a team member today.